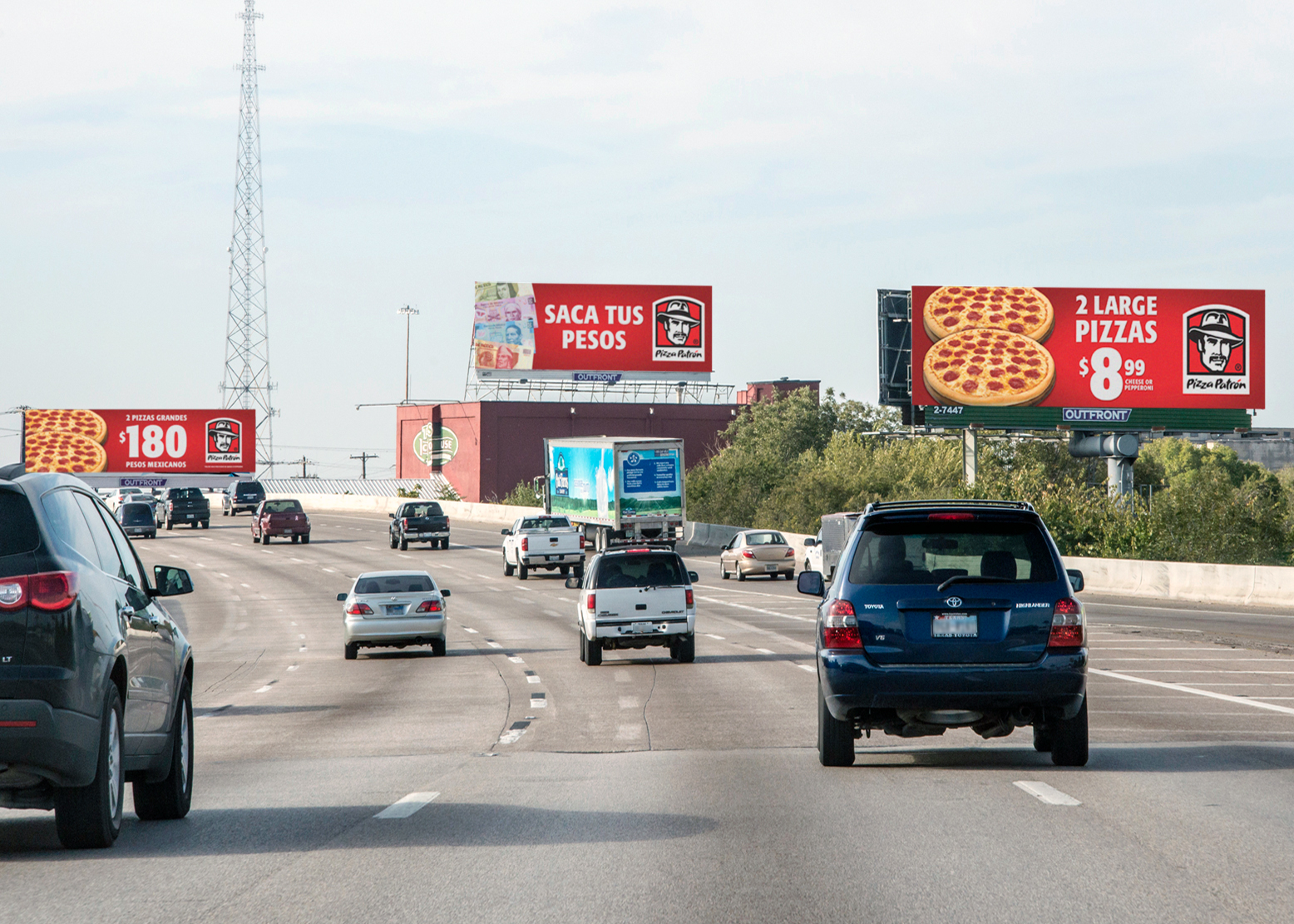 DALLAS – Feb. 18, 2016 – Pizza Patrón is slashing the price of its current ‘two large pizzas for $9.99’ promotion to ‘$8.99’ or 180 Mexican Pesos (bills only). The promotion is offered for a limited time – from February 15th through the end of April and is valid for pepperoni or cheese pizzas only.

Company executives say falling gas prices give customers extra incentive to jump in their cars and pick up a meal for the family from Pizza Patrón.

“We’re seeing lower gas prices today than we have seen in more than 10 years,” said Andrew Gamm, executive vice president of Pizza Patrón.  “Our customer’s wallets get hit especially hard when gas prices rise. So, with gas down, we see this as a great time to mash the pedal all the way to the floorboard with an unbeatable deal.”

Additionally, customers can create more value and “make it a meal” by adding a 5-piece order of Quesostix, marinara dipping sauce and a two liter Pepsi® product for only $5 more, a two dollar savings over the company’s number one selling combo that contains the same items.

With the promotion, customers will receive, as always, hot, custom-made pizzas crafted from dough made fresh every day at each location. The combo deal will be supported by television, radio, out-of-home and digital advertising in select markets.

“It can be a challenge to find an individual fast food meal for under $8.99,” said Gamm. “And you can feed a family of five with this deal from Pizza Patrón. We have always believed that ‘feeding people’ is a high calling, and it is very rewarding when we are able to introduce our brand to new customers.”