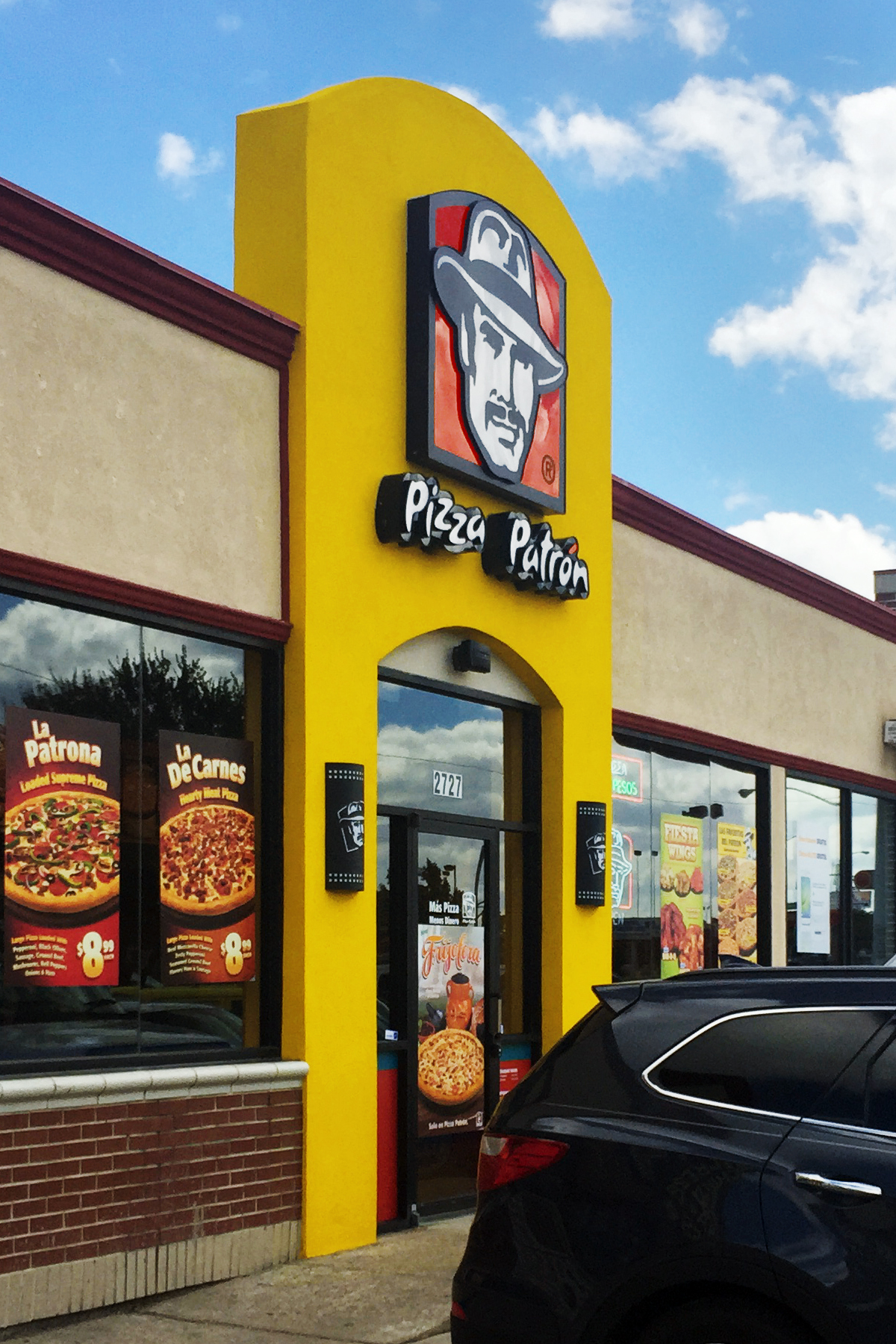 FORT Worth, Texas – Sept. 18, 2015 – Pizza Patrón, widely known for its PIZZA POR PESOS® program, today announced the opening of its newest Fort Worth, Texas restaurant located at 2727 8th Avenue. The store was opened by Pizza Patrón veteran franchisees Bravo Pizzas Houston, LLC, who operate seven Pizza Patrons in Houston. This is their third location in Ft. Worth.

“We love this location. It is a densely populated Hispanic neighborhood, and we are excited to serve and become an integral part of this vibrant community,” said Ron Ram, Pizza Patrón franchisee.

Located directly across the street from the Fiesta Supermarket, the store is open from 11 a.m. to 10 p.m. Sunday through Thursday, and 11 a.m. to midnight Fridays and Saturdays. Call-in orders can be placed by dialing 817-920-7808.

“We spent the last two years in a deliberate effort to eliminate underperforming units and operators from our system, and it is now paying strong dividends,” said Andrew Gamm, executive vice president of Pizza Patrón. “Our focus now is growth, and we are proud to do it with excellent operators like Bravo Pizzas who exemplify everything the brand stands for in their stores every day.”

Pizza Patrón makes its signature dough from scratch in every store daily.  The pizza sauce starts with fresh-packed, crushed Roma tomatoes and marinates for at least 24 hours with the company’s secret blend of spices and herbs. Some of the menu items the new store will feature include large pepperoni pizzas for only $3.99 11 a.m. to 2 p.m. Monday thru Friday, QuesoStix™, Fiesta Wings™, Patrón Dips™ and large specialty pizzas like ‘La Patrona’ (supreme pizza) for only $8.99 every day.