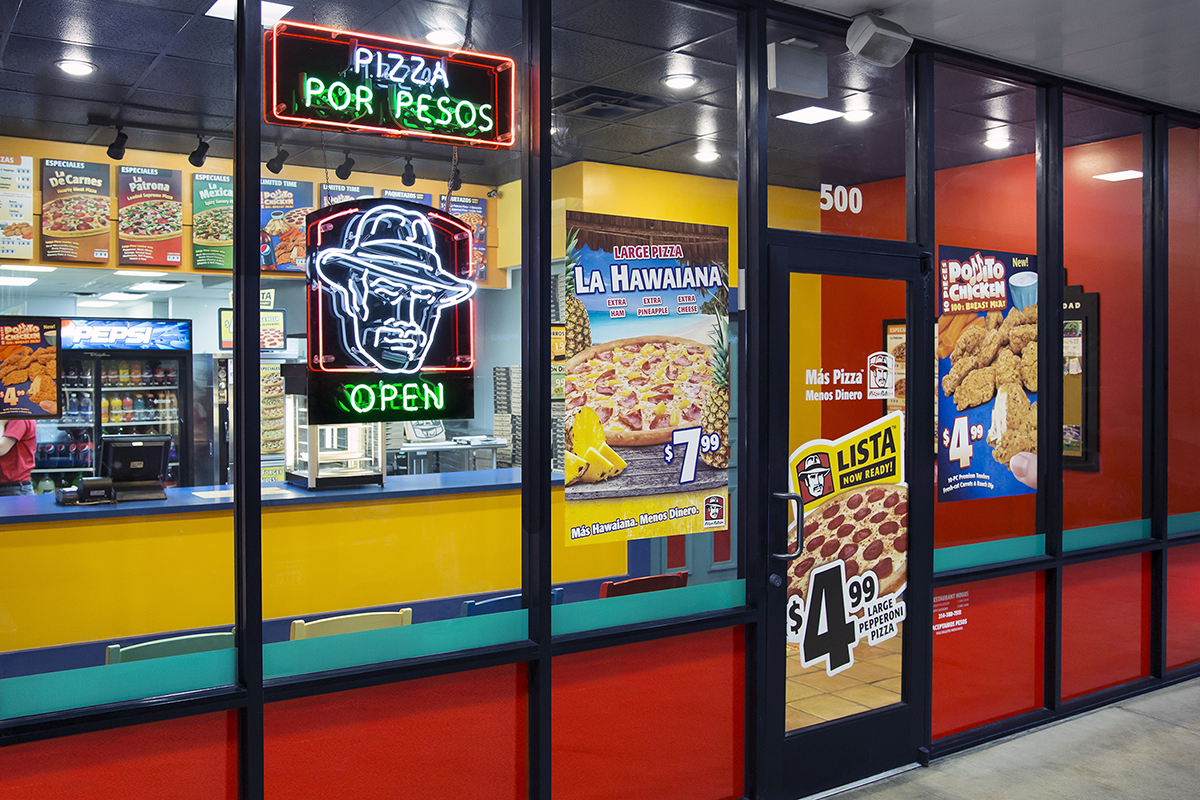 DALLAS — October 21, 2015 – Pizza Patrón, widely known for its PIZZA POR PESOS® program, announced today that it has completed renovation of the company’s dramatic new customer-focused ‘Nueva Tradición’ design in 81 of its 95 locations. The remodel process began in April of 2013 when the company’s first franchise agreements began coming up for renewal.

The ‘Nueva Tradición’ design was developed to help each store make a striking statement when contrasted against its peers of inline shopping center tenants. New trade dress elements incorporate some of the hard-won positions Pizza Patrón has stood for, and gained international recognition for over the years like Pizza Por Pesos® and Pizza Por Favor®.

“For ‘Nueva Tradición,’ we enhanced each storefront with a custom-made, ‘old school’ glass neon design that commands attention from the street,” said Andrew Gamm, executive vice president for Pizza Patrón. “The sign features the ‘Patrón Man’ and ‘Pizza Por Pesos®’ trademarks. Other additions include the signature two-tone red and green wainscot across the bottom of each exterior window, further distinguishing Pizza Patrón from its neighbors.”

Front door graphics were adjusted to include reserved space for featured national promotions. Inside the lobby, the original textured finishes have been replaced with smooth surfaces reducing construction and maintenance costs and modernizing the look. The new menu/graphics system standardizes the restaurants and offers more flexibility to franchisees.

“Finally, we commissioned a vibrant work of art that blends culture and branding and will be installed as a mural in every new or remodeled restaurant,” said Gamm. “The colorful piece adds an energetic vibe to each store, showcases our family-friendly focus and contains three brand messages emblazoned within the picture…Pizza Por Pesos®, Pizza Por Favor® and Sabor Latino™.”