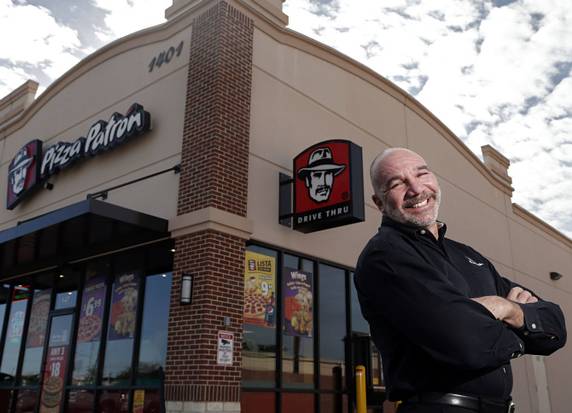 Savvy pizza consumers are already very familiar with the “Any pizza for $10” deal advertised by many large pizza chains over the past few years.  To promote awareness of the Pizza Patrón’s “Favoritas del Patrón” line of specialty pizzas, and to boost sales of custom pies, Pizza Patrón is executing a limited time sampling program that brings the average price to just $6 per large, any-topping pizza.

“We worked hard in 2013 to boost awareness of our fresh ingredients and our “Favoritas del Patrón” line of specialty pizzas,” said Andrew Gamm, brand director for Pizza Patrón. “This ‘3 for $18’ deal makes exploring our ‘Favoritas’ or any other combinations of toppings a risk-free option, and lots of fun for customers old and new.  We hope that once people experience the value of our fresh dough and fresh ingredients pizzas, they will become loyal fans and frequent customers of the brand.”

During the promotion, for just eighteen bucks, Pizza Patrón fans will be able to pick any three large pizzas they want, select from more than a dozen topping options, and choose from Pizza Patrón’s classic marinara or creamy Alfredo sauce bases.  The entire line of Pizza Patrón’s “Favoritas del Patrón” specialty pizzas, such as La Patrona and La Hawaiana, are also included in the deal.