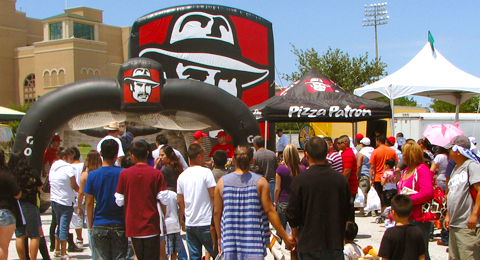 Other prestigious awards were presented to: Rick and Monica Sparkman of South Houston Pizza, LLC for the Top BCE Performance; Jason LeVecke, Margaret LeVecke, Carl LeVecke And David Padilla of Pizza Revolución for Top Sales Performance; Armando Colmenero of Azteca Pizza, Inc. for Most Improved Sales; and Pepsi Beverages Company for Vendor of the Year

“Our winning partners do an exceptional job of bringing Pizza Patrón’s brand promise of ‘Más Pizza. Menos Dinero.’ to life each day,” said Andrew Gamm, Pizza Patrón brand director.  “The word ‘Patrón’ means ‘the benevolent leader of the community’ and each of these partners exemplifies that spirit in their commitment to serving quality pizza, friendly bilingual service and community involvement.”

In the photo left to right: