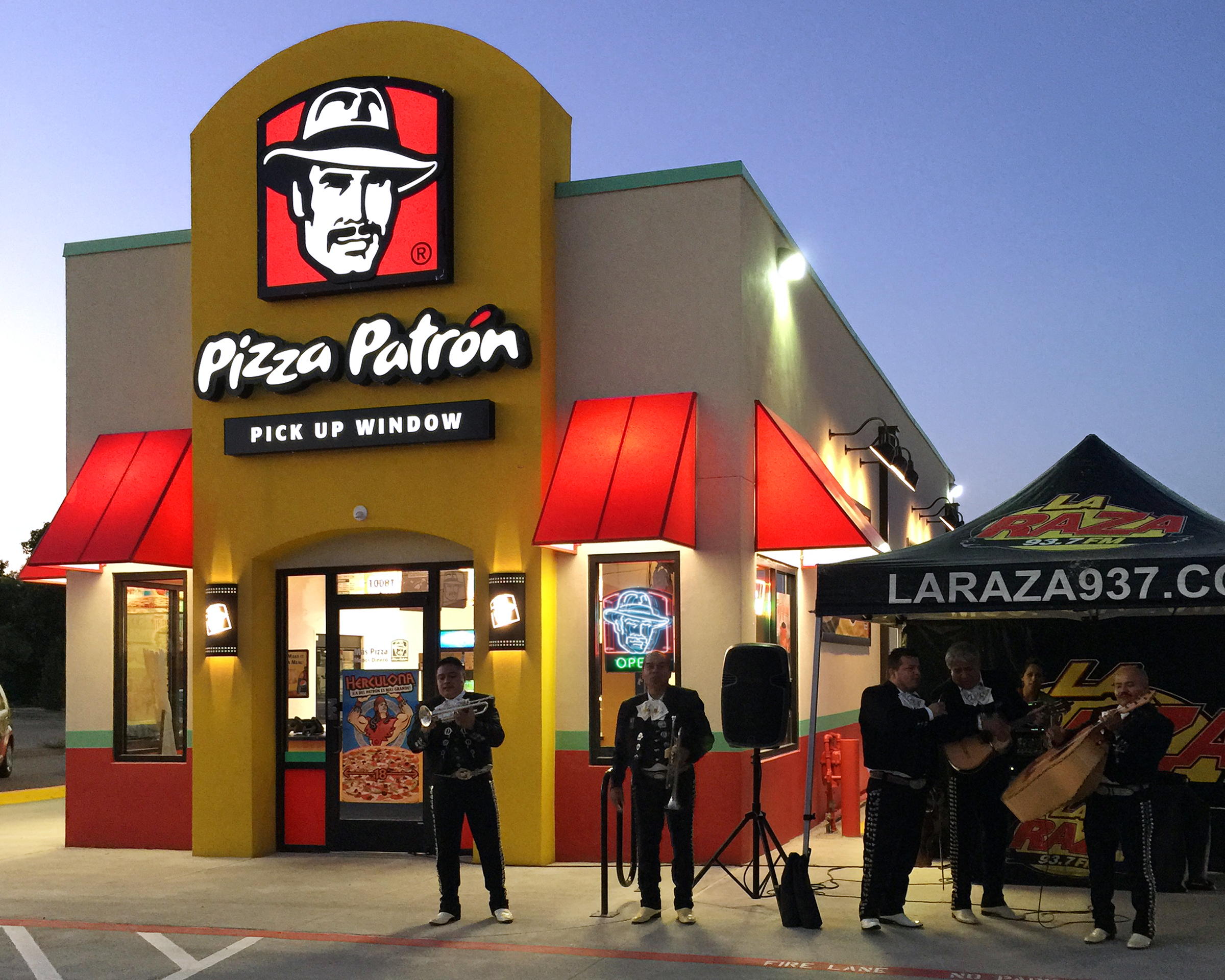 DALLAS – Feb. 24, 2016 – Pizza Patrón, widely known for its PIZZA POR PESOS® program, announced today that it plans to add 60 new franchised stores in the Houston metropolitan area over the next five years.
Company officials say the Houston market represents an unparalleled opportunity for growth for the brand inside the U.S. Harris County trails only Los Angeles County among the 60 counties in the U.S. with the largest Hispanic populations, according to a recently released Pew Research Center analysis of U.S. Census Bureau data. Among the 2.11 million Hispanics in the Houston metropolitan area, 41 percent are foreign-born, the fourth-highest percentage among the 10 largest metropolitan areas in the U.S., the Pew report shows.

“We have a loyal core customer and with stats like this we are very optimistic that we will continue to expand our footprint and serve them all,” said Victor Vazquez, vice president of Business Development for Pizza Patrón. “The ceiling of opportunity has never been higher for any market like it is for Houston.”

Recently, the chain reignited its franchising program and bolstered its corporate support team in preparation for the expansion by adding Isaiah Melendez as its new franchise sales manager.

The company is seeking franchise partners and investors looking to capitalize on the brand’s history and experience. Potential franchisee candidates include seasoned restaurateurs with multi-unit experience and qualified owner operators that are solely devoted to their Pizza Patrón business and live in the community they serve. Including a franchise fee of $20,000, the initial investment to own and operate a Pizza Patrón restaurant starts as low as $211,100.

“We have recently announced a new standalone store model that greatly expands real estate opportunities,” said Vazquez. “Because it stands alone, it stands out from strip center businesses, heightening our brand awareness and maximizing the ROI for our franchisees.”

Company executives tout the new concept as the future of quick service pizza, bringing the convenience of fast food to the carryout pizza experience. This is a very exciting time for Pizza Patrón and our partners, says Vazquez.

For over 30 years, the brand has become a proven favorite of pizza lovers by serving up ‘Más Pizza. Menos Dinero.®’ to communities across the country. From the beginning, the brand has been recognized for its ‘fresh-dough’ pizza, its low prices and its trademark “friendly, bicultural service.” In 2007, the company drew international media attention with its PIZZA POR PESOS® program when it began accepting Mexican Pesos at all of its restaurants. In 2012, the company’s PIZZA POR FAVOR® promotion gave free pizzas to anyone who ordered in Spanish and sparked international news coverage and lively debate throughout the U.S. Today, Pizza Patrón is the nation’s premier Latino pizza brand and remains dedicated to bringing its unique experience to life with every pizza made, and in every community it serves.