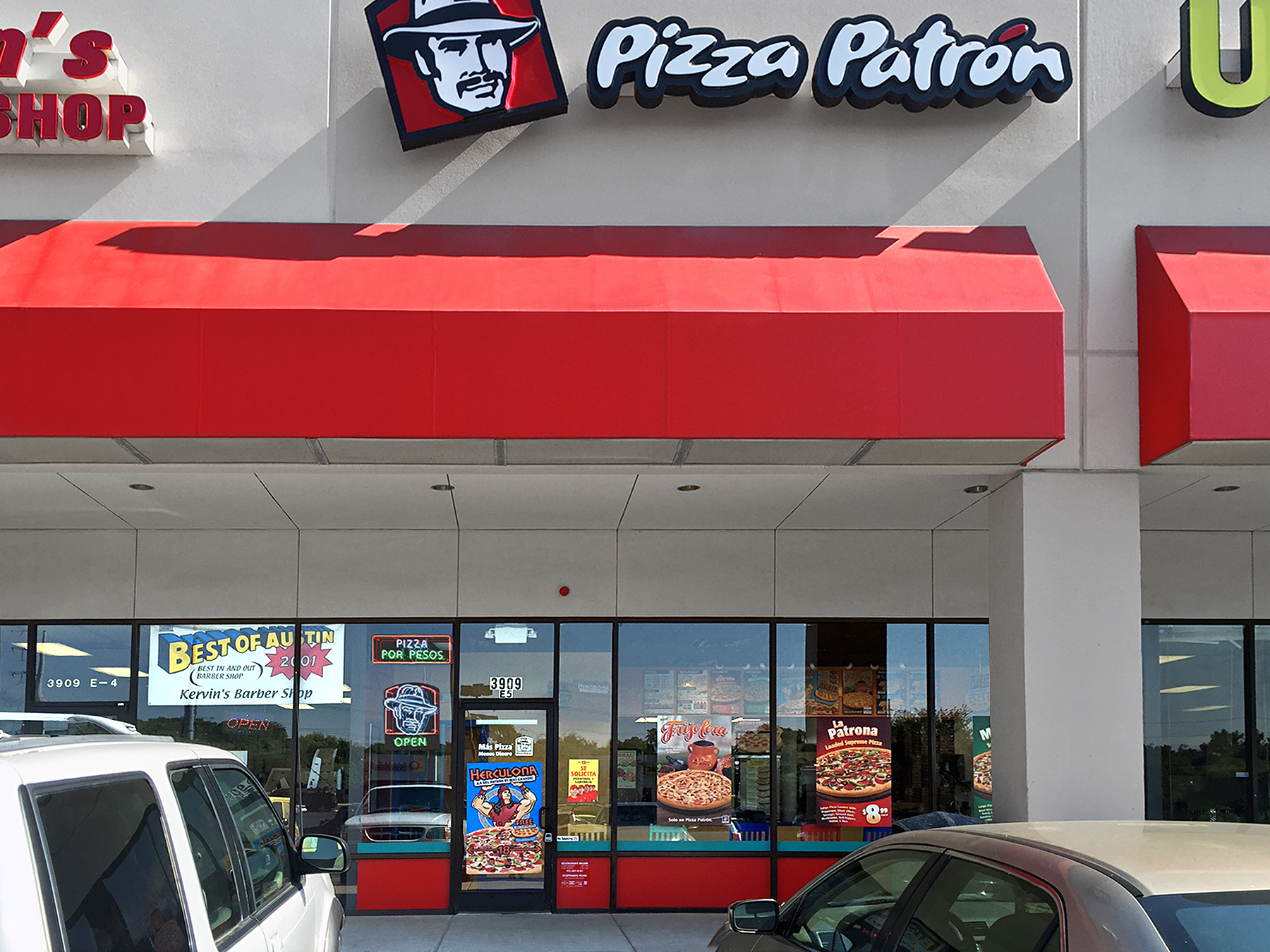 “We are so excited to keep growing in Austin,” said Joe Skenderian, Pizza Patrón franchisee. “This is a fantastic location in a shopping center anchored by Fiesta, right off of I-35. This center is heavily shopped by our target Hispanic demographic as well as the students living nearby.”

This is the 12th store for Skenderian, the fourth in Austin; his other stores are located in Laredo, Dallas and Denton county.

“We have spent a lot of time and energy over the past couple years focusing on improving the health of our system,” said Andrew Gamm, executive vice president of Pizza Patrón. “Exceptional franchise partners like Joe Skenderian have been very instrumental in helping us develop strategies to improve the unit economics for everyone in our system.”

Pizza Patrón makes its signature dough from scratch in every store daily.  The pizza sauce starts with fresh-packed, crushed Roma tomatoes and marinates for at least 24 hours with the company’s secret blend of spices and herbs. Some of the menu items the new store will feature include large pepperoni pizzas for only $5.99 every day, QuesoStix™, Fiesta Wings™, Patrón Dips™ and large specialty pizzas like ‘La Patrona’ (supreme pizza) at $8.99 every day.