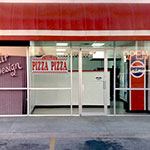 DALLAS  — November 14, 2012 – Pizza Patrón has opened stores in three different markets in the last three weeks.  The company plans to open two more restaurants before the end of the year – one in Phoenix and the other in San Antonio..

“We are proud to announce new stores in Dallas and McAllen, Texas as well as the Fresno, California market,” said Victor Vazquez, Pizza Patrón franchising manager. “As well, we are currently focusing our expansion to six areas in the U.S. that have densely Hispanic populations.”

Vazquez says the chain is currently looking for strong franchisee partners that are capable of establishing Pizza Patrón in the following markets: Chicago, Okla., La., Ark., Calif., and Texas (excluding markets for which there are exclusivity contracts — the Rio Grande Valley, San Antonio, Laredo and Dallas).

“These markets have tremendous upside for our brand,” said Vazquez. “We look forward to finding the right motivated partners who have a passion to serve and to become a positive force in the community surrounding each store.”

For inquiries or more information on franchising opportunities with Pizza Patrón, call Victor Vazquez at 972-613-8000.

Pizza Patrón is headquartered in Dallas with 106 locations in 8 states and more than 80 under development.  Franchise opportunities, offering a proven system for hard-working franchisee candidates, are available in prime Hispanic markets throughout the country.