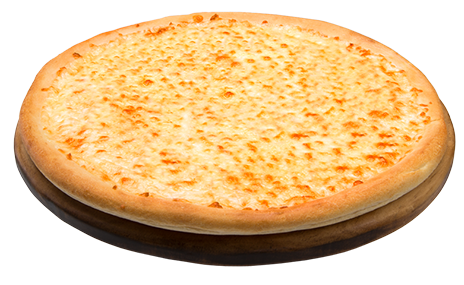 DALLAS – June 29, 2011 – After two intensive years of development, Pizza Patrón is rolling out a new chorizo topping, and it will be in all stores by July 1.

“As the leading Latin pizza brand, we should have the best and most authentic chorizo topping of any pizza chain,” said Andrew Gamm, brand director for Pizza Patrón. “Toluca, Mexico has been hailed as the chorizo capital of the world, so we looked to create a topping that would reflect the quality and flavor worthy of Toluca’s standards.

Pizza Patrón is well known for its Hispanic customer focus, and the brand plans to add more Latin flavor options to its future menu mix through toppings and limited time product offers according to the company.  The new chorizo is a permanent addition to the menu.

“Finding great Latin flavors and recipes is easy – the real challenge is on the manufacturing and distribution side,” says Gamm.  “Authentic Mexican and Latin American tastes represent a new category for the pizza segment, so there aren’t many ‘off the shelf’ options available.  We literally have to start from scratch with manufacturers, but so far it’s paying off.  Our new chorizo is fantastic!”

According to the company, the new chorizo has been seamless addition to the franchise system.  No new equipment or investment was required to accommodate the new item.

Initial response from operators and customers has been positive and Pizza Patrón plans to debut a new pizza that centers around the delicious new chorizo on July 1.

Pizza Patrón continues to be a lightning rod for discussion regarding Hispanics in the U.S. The company plans to continue its commitment to ensure the brand reflects the contemporary Latino experience in the U.S. today.  The Dallas-based pizza chain recently opened its 100th retail location and plans to continue focusing on expanding its retail footprint in new markets through franchising.

Pizza Patrón, America’s #1 Latin pizza brand, offers traditional pizza, wings and sides in its community based, bicultural stores. Pizza Patrón was founded by restaurateur Antonio Swad in 1986, in Dallas, Texas, and today operates 100 dine-in and carry-outrestaurants in seven states with 40 more under development. Pizza Patrón has franchise opportunities available in prime markets throughout the country offering a proven system for hard-working franchisee candidates. In 2007, the brand received international news coverage when it decided to accept Mexican Pesos at all of its locations, gaining over 500,000,000 media impressions worth over $30 million in the U.S. alone. The company’s medium AMIGO PIZZAS® start as low as $4 and X-Large LISTA-NOW READY™ pepperoni pizzas start as low as $6 all day, every day.