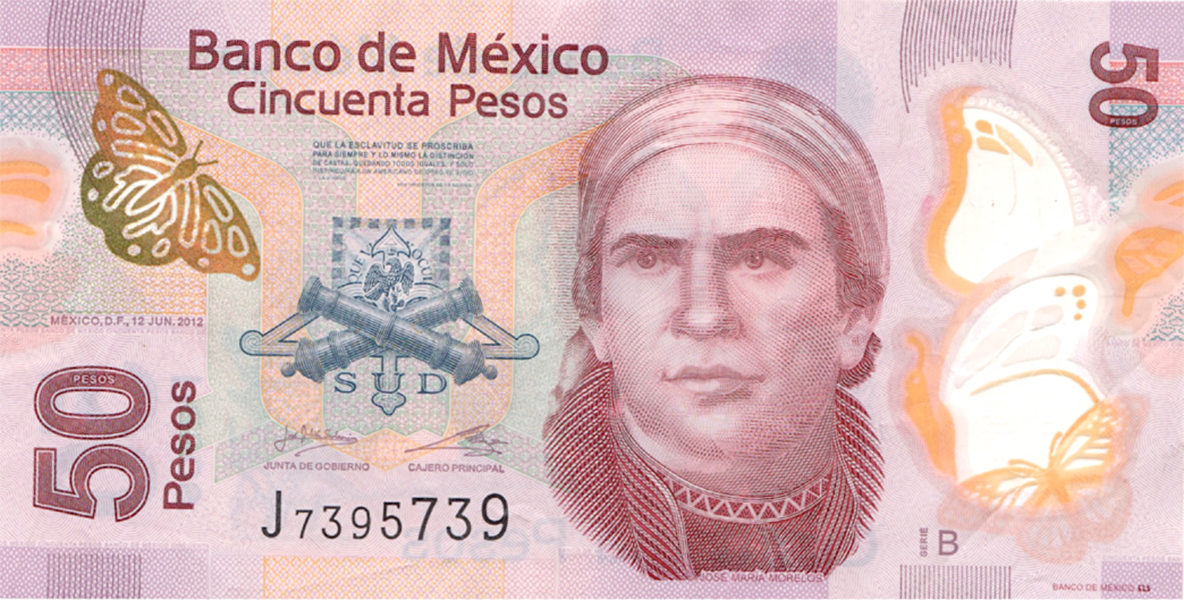 DALLAS — September 9, 2015 – Pizza Patrón, widely known for its PIZZA POR PESOS® program, says Mexican Pesos are good for the U.S. economy, despite harsh criticism from pundits and many Americans. For more than 8 years, the brand has accepted Mexican Pesos in bill format at all of its carryout pizza locations.

On the day of the highly anticipated second GOP debate, September 16th, the company hopes to cash-in lots of pesos by making its new bean-based FRIJOLERA™ pizza available to every customer for only 50 Mexican Pesos, or around three bucks. The every day price for this pizza is $8.99 or approximately 150 Mexican Pesos. The current exchange rate at Pizza Patrón stores is 18:1, bills only, with change given in U.S. dollars.

“With the economy being such a hot issue in the presidential race, our position is that we would much rather have Mexican Pesos coming into the U.S. than U.S. dollars going to Mexico,” said Andrew Gamm, executive vice president for Pizza Patrón. “Our business creates career opportunities for many and helps young people entering the workforce learn valuable skills that they can carry with them throughout their lives. The American dream is alive and well at Pizza Patrón.”

Company officials say that Pizza Patrón currently employs roughly 1,000 people in its 92 locations. Many of the company’s managers have tenure approaching 10 years, own a home, and make a living wage that allows them to provide a comfortable life for their families.

“Over the years, Pizza Patrón has accepted tens of millions of Mexican Pesos at our stores,” said Gamm. “These transactions benefit the U.S. economy, and as anyone can see, it just makes good business sense for our American company. Anyone who has some extra Mexican Pesos lying around can exchange them at any Pizza Patrón for a fresh, made-to-order pizza any day of the week.”

The new FRIJOLERA™ is a large pizza that starts with a black bean sauce and is topped with generous amounts of cheese, smoky chorizo sausage, savory ham and crispy bacon. A large Frijolera pizza runs $8.99 and is available for a limited time only. Prices may vary. Customers may also substitute the premium FRIJOLERA™ black bean sauce on any of their favorite pizzas such as the popular La Mexicana pizza for only $1 more.