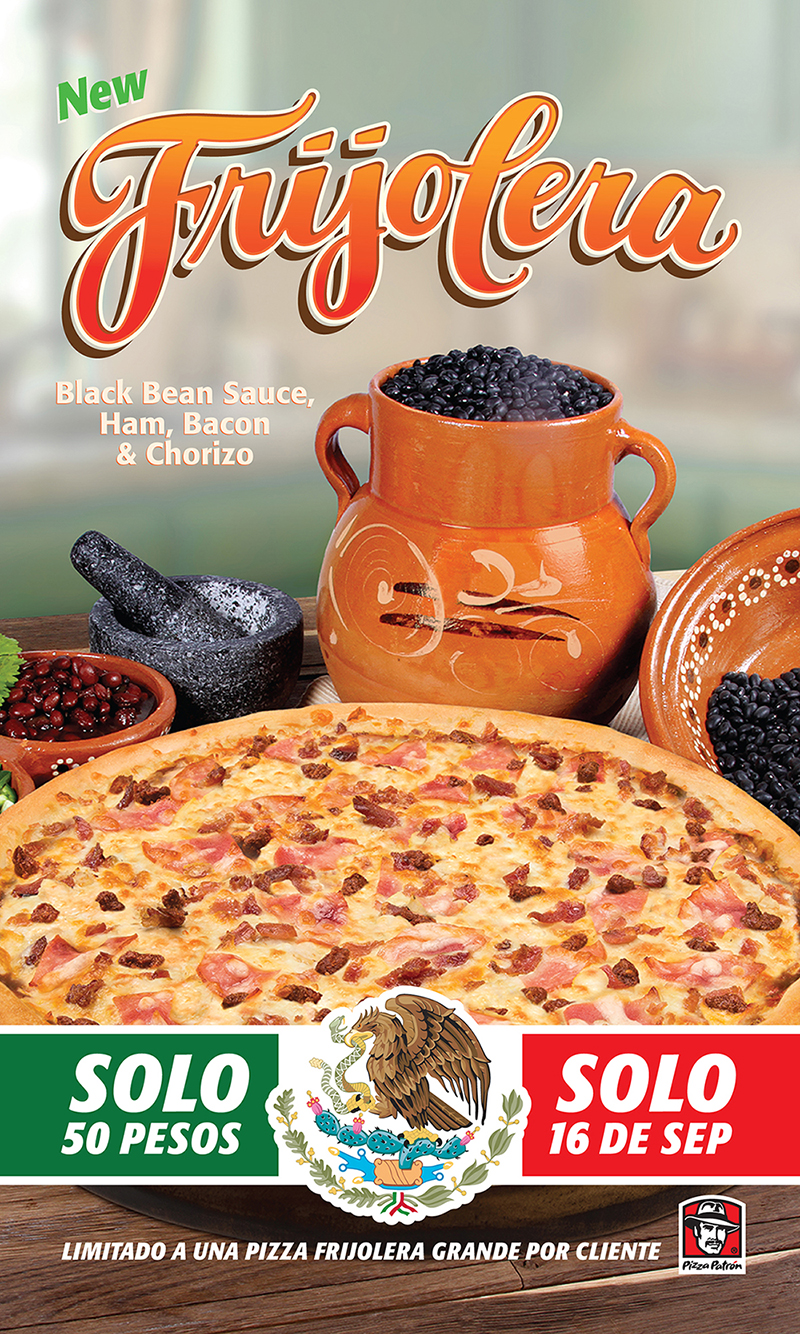 DALLAS — September 2, 2015 – Pizza Patrón announced today that it is launching its new Frijolera™ (bean lovers) pizza on Mexican Independence Day, September 16th. ‘Frijoleros’ and ‘frijoleras’ (bean lovers) taking advantage of the brand’s PIZZA POR PESOS® program on that day can purchase a large Frijolera™ pizza for only 50 Mexican Pesos (bills only), tax included, limit 1 per customer. That’s less than three bucks for a large specialty pie that normally retails for $9 or more at Pizza Patrón.

“We are pretty excited about the Frijolera™ pizza and hope lots of customers can find 50 Pesos to bring with them on September 16 to take advantage of the unbelievable discount,” said Andrew Gamm, executive vice president of Pizza Patrón. “This pizza is excellent and you will only find a deal like this at Pizza Patrón – it’s what sets us apart from the other chains.”

Customers may also substitute the premium Frijolera black bean sauce on any of their favorite pizzas such as the popular La Mexicana pizza for only $1 more.