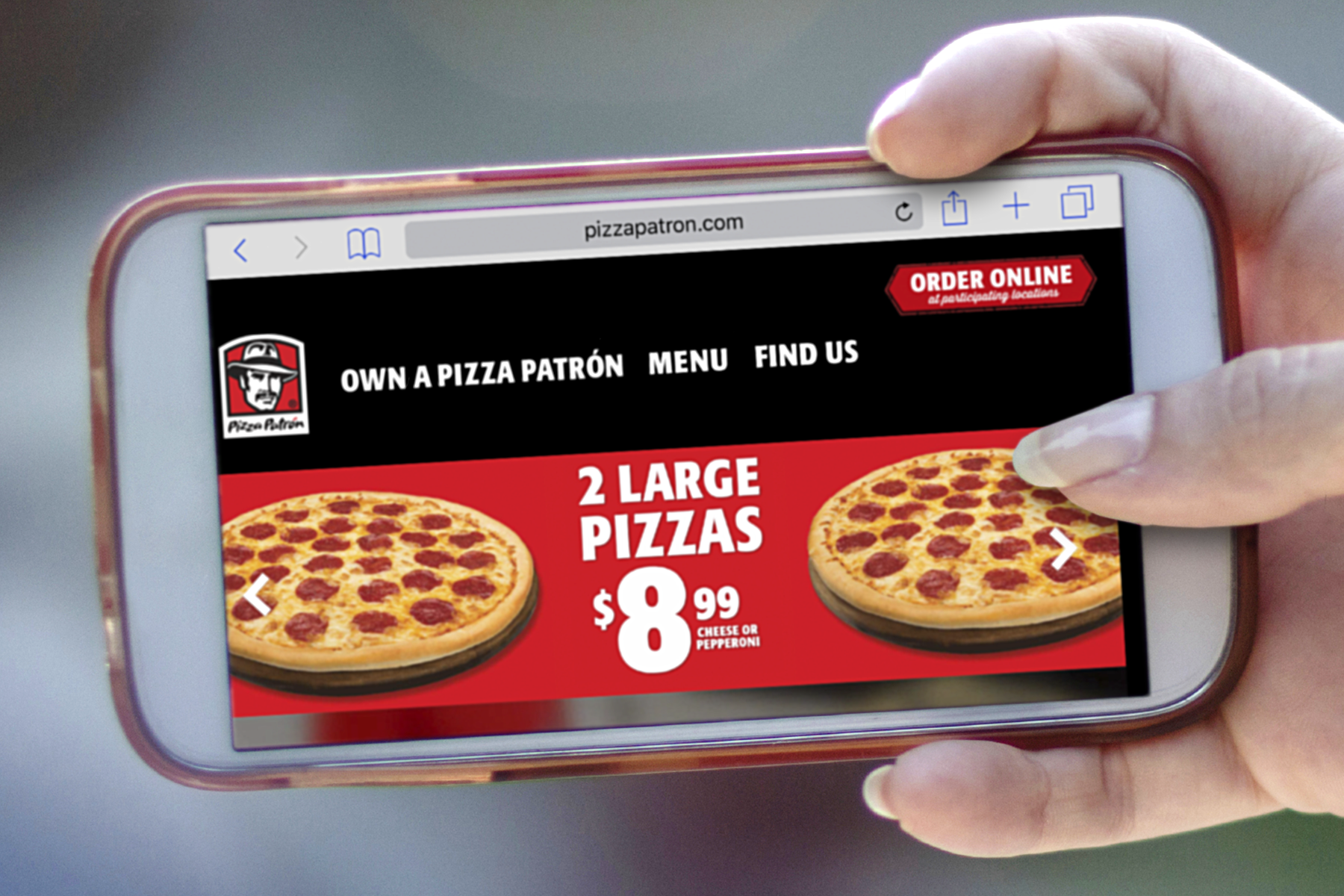 DALLAS – April 12, 2016 – Pizza Patrón, widely known for its PIZZA POR PESOS® program, announced today that it has updated its website with responsive design to create an optimal experience for users on any device.

Company officials say the investment was made with mobile ordering in mind. Responsive design automatically orientates itself based on the screen size of the device used.  It works with all browsers and devices regardless of operating system or platform.

“Responsive design is more costly to develop,” said Andrew Gamm, executive vice president of Pizza Patrón. “But it is the best development investment Pizza Patrón can make given the massive rise in mobile device usage on our websites.”

Pizza Patrón has seen an increase of 49.5 percent in traffic to its website in 2016.  More than 75 percent of all visits to pizzapatron.com were from users on mobile devices.

The company is currently market-testing online ordering in San Antonio with plans to expand it systemwide in 2017.

“Responsive design is ideal for catering to consumers that are active on mobile devices or need to make purchases on the go,” said Gamm.  “Our online ordering program is essential to adding new and incremental sales at each restaurant, and the interface must be on par with the big chains, it is what customers expect from us.”