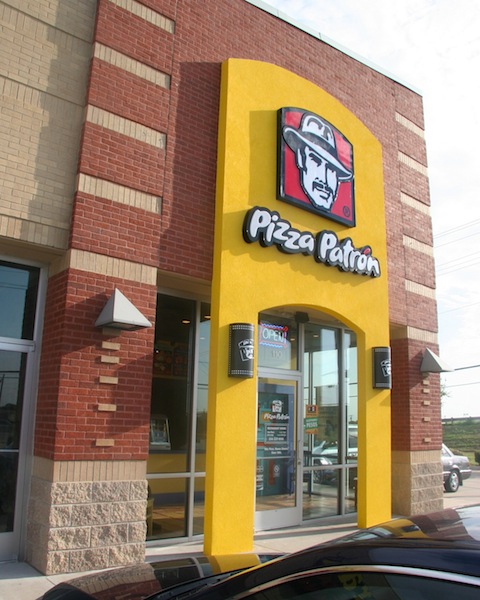 DALLAS  — February 24, 2014 – Pizza Patrón, the Dallas-based pizza chain, plans to release a new LTO pizza that is creating controversy among its franchise partners.  Franchisees do not dispute the product itself, a large pizza with approximately 90 slices of proprietary jalapeño stuffed pepperonis and topped with fresh, diced jalapeños.  The problem stems from strong differences of opinion surrounding the name – La Ch!#gona.

The name La Ch!#gona comes from the word ‘chingón’ which is an informal Mexican slang word that can mean many different things depending on the context in which it is used.  In the case of La Ch!#gona pizza, Mexican customers might describe it as having “chingo de pepperoni” (tons of pepperoni) and “pica chingón” (deliciously spicy).

“We understand that the word ‘chingón’ can have strong overtones, but it is a very common colloquial term used today by many of our customers when talking with close family and friends – especially among males 18-34 who are the primary target for this pizza” said Andrew Gamm, brand director for Pizza Patrón.  “We think La Ch!#gona is a perfect name for a formidable, spicy pizza like this – it’s a dare to our customers to see if they are ‘chingón’ or ‘chingóna’ enough to eat this product.”

Company officials admit that this isn’t the first time they have experienced internal controversy.  “This has happened before with other campaigns,” said Gamm.  “For example, when we developed PIZZA POR FAVOR™ in 2012, more than half our franchisees initially refused to run the promotion causing us to delay the original launch date for months.  In the end, the campaign increased sales across our system and franchise partners were pleased with its success.”

Pizza Patrón hopes to have the product available in most of its restaurants when it is released in March, but is encouraging customers to speak up if they don’t see the product at their favorite location.  “Ultimately, our franchisees and managers really care about their customers and always wish to serve their needs,” said Gamm.